What are the consequences of sleeping too late and waking up too late? 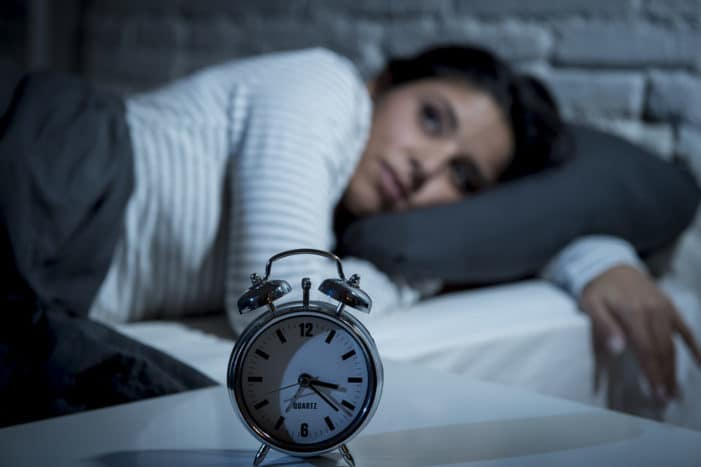 Most people have slept late at night for various reasons. Starting from chasing office deadlines, doing college assignments, or having work shifts at night. This of course can cause you lack of sleep. However, not infrequently this is underestimated because you think you can replace the lost hours of sleep with a nap. However, is it okay to sleep too late and wake up too late, and what are the consequences of this habit? Check out the following explanation, yes.

The risk of sleeping too late and waking up too late

One of the consequences of sleeping too late and getting up late is an increased risk of serious illness. For example, high blood pressure, diabetes, to depression.
A study in 2013 stated that people who have a habit of sleeping too late have a 30% greater potential to develop high blood pressure than people who sleep on time. In fact, this risk will remain the same even if your sleep quality is good and sleep time is sufficient.
Meanwhile, the habit of sleeping too long can also have an effect on you experiencing diabetes. Not only that, different studies state that you will have difficulty controlling the glycemic index when you have this habit.

Another result that you need to be aware of from the habit of sleeping too late and waking up too late is your exercise routine that becomes messy. A study states that people who have this habit tend to spend most of their time sitting.
Yes, when you decide to saty up at night, you may have to finish work or do work while sitting. As a result, the time you should be able to use to rest is actually used to sit and move.
Meanwhile, the time you should use to exercise, so you should use it for rest. Therefore, it is not wrong if your chances of doing sports are getting smaller. This is certainly not good for your overall health.

Did you know that the result of sleeping too late and waking up too late is weight gain? Yes, it comes  from risking starvation while you're still awake in the middle of the night.
This will encourage you to eat food because of fatigue. In fact, eating at night can interfere with the body's metabolic processes that can burn fat.
Not to mention, eating at night of course increases the amount of calorie intake that you have consumed that day. No wonder this habit can increase your weight.

A messy sleep cycle is one of the consequences of sleeping too late and waking up too late. This chaotic cycle can disrupt the system in your body, causing various  health problems.
You may have trouble thinking, can't focus, get sleepy easily during the day, lose balance, and be dazed. All of these effects will certainly reduce your productivity. In fact, you could be in danger, such as an accident while driving a vehicle.

How to deal with the effects of sleeping too late

However, there are certain situations and conditions that force you to stay awake at night and sleep until the day. Usually, you have to perform an obligation that cannot be left behind. This condition can make you sleep too late and wake up too late. In fact, you may have to get up early the next day.
Well, you don't need to worry, because there are ways to overcome the effects of sleeping too late. This method is important so that you don't wake up too late, continue your day as usual, and can go back to sleep according to your original sleep schedule.

When you sleep too late and are forced to wake up, you will feel tired and still sleepy. In fact, you may have to return to activities as usual. In this case, you can work around this by increasing physical activity.
However, make no mistake, experts do not advise you to do strenuous physical activity. However, experts recommend taking an occasional break from the work or activity you are currently doing. Then, try to take a walk about 5-10 minutes before returning to work.
You can do this every 30 minutes. If necessary, go a little further away during lunch time. The more physical activity you do, the easier it will be to get rid of the drowsiness and fatigue that may arise from sleeping too late and not being able to wake up later.

Who says you can't take a nap? Of course you can, especially if it aims to reduce sleepiness and fatigue due to lack of sleep. While at work or outside the home, you can do this during breaks or lunch hours.
The ideal time to take a nap is 5-25 minutes. The reason is, if you sleep longer than that time, you will actually feel more tired and sleepy. Don't forget to set an alarm so you can wake up on time.
However, if you don't have time or can't take a nap, resting by closing your eyes for 10 minutes is also enough. This can help you cope with the effects of sleeping too late and continuing to sleep until you wake up during the day.

One way to overcome the effects of sleeping too late and not being able to wake up during the day is to maintain a healthy diet. The reason is, good and healthy food can help you maintain the energy lost due to lack of sleep. Eating sweet foods can indeed increase energy in a short time.
However, eating too many sweet foods is certainly not good for your blood sugar levels. Moreover, the effects of sweet foods only last a few moments. Therefore, it is better to eat healthy foods to increase energy
There are several types of healthy foods that you can consume as an energy boosting snack, such as yogurt along with nuts and fresh fruit. Not only that, you can also eat carrots accompanied by low-fat cheese sauce.

Basically, paying off sleep debt by sleeping until noon or taking long naps is not the way that experts recommend. You can still pay off your sleep debt in a safe way, by extending your sleep at night.
For example, if you usually go to bed at 10 pm, but that day you have to stay up until 12 pm. This means you have less than two hours of sleep. The next night, try to go to bed an hour earlier and wake up at the same time as usual. Then, repeat until your sleep debt is paid off.
However, what about people who have accumulated sleep debts? Sleep debt that is not due to staying up late, for example due to insomnia problems at night, should not be allowed to accumulate or replace it with a nap.
The way to pay your sleep debt also remains the same, namely going to bed early and getting up at the same time. Pay your sleep debt in install