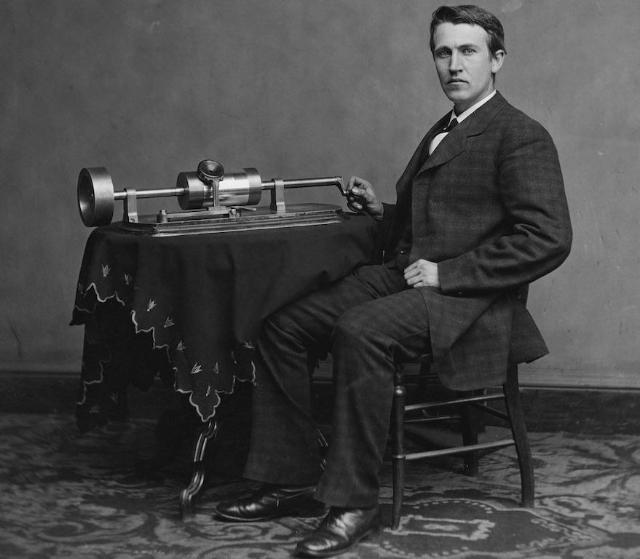 Music known since the presence of modern humans. So, playing or listening to music, which has a rhythmic sound or song, is one of the human activities to fulfill the need for beauty. Without music, according to philosopher Friedrich Nietzsche (1844-1900), life would be a mistake.
Not everyone can play beautiful music. Most of them just want to enjoy it to support activities or just fill their spare time. So, people also think how music can be heard anytime and anywhere. Invented recording, storage, distribution, or music player.

A Swiss watchmaker, Antoine Favre Salomon (1734-1820), invented the music box in 1796. He made it from rows of metal plates, instead of bells, which could be adjusted for a greater range of notes and with good sound accuracy.
Since 1815, models of music boxes designed by Salomon began to be mass produced. In the city of Sainte Croix, Switzerland, entrepreneur Jeremie Recordon pioneered the mass production of this music box. He failed. Another entrepreneur, Samuel Junod, tried to open a similar factory.

After the telephone and the telegraph, in 1877 Thomas Alva Edisson (1847-1931) designed a machine that could record sound on a telephone and play it back. The first voice recorded and played back was Edisson's own words: "Mary had a little lamb." This tool is called the phonograph.

Alexander Graham Bell (1847-1922) and Charles Summer Tainter (1854-1940) initially worked together to develop the radiotelephone. The collaboration continues with the manufacture of a sound recording and playback device called a graphophone. After being patented and produced, this tool was used by ethnologists in America in the 1890s to record Indian voices and music.

The sound quality produced by the phonograph and graphophone is not perfect. In 1888, Emile Berliner (1851 -1929) designed a new device using disc media or discs, hereinafter referred to as LPs, to store sound recordings. To get sound from the disc, this gramophone is equipped with a stylus.
Eldridge Reeves Johnson (1867 - 1945) then perfected it so that the rotational speed of the disc became more stable.

After the discovery of electromagnetic waves, Guglielmo Marconi (1874 - 1937) from Italy experimental that a simple electric current could travel through the air from wire to wire. Marconi also developed transmitter and antenna technology to make radio transmitters across the Atlantic, England and Newfoundland-Canada.
Reginald Aubrey Fessenden (1866 - 1932) then added Heterodin, a device for changing radio frequencies so that they are easy to adjust and can be amplified. Fassenden transmits human voices and music from his radio station at Brant Rock-Masachusets, USA, to ships off the Atlantic coast.
The golden age of radio began in 1920, with the establishment of the first commercial radio station, KDKA, in Pittsburg, USA.

David Sarnoff (1891 - 1971), who popularly reported on the sinking of the Titanic by radio, suggested that radio be mass-produced. According to him, radio will become household equipment. It wasn't until 1919 that his idea was realized with the founding of Radio Corporation of America (RCA), an American electronics company.

Voice recording technology became practical with the Magnetophone model K1 made by Allgemeine Elektricitats-Gesellschaft (AEG) from Germany which was exhibited at the Berlin Radio Show in 1935. The magnetophone was based on the invention of magnetic tape by Fritz Pfleumer (1881 - 1945). However, the resulting sound is still noisy. In its development, magnetophone produces better sound and is widely used to record concerts, opera performances, and speeches. During World War II it was used in radio broadcasts. From this tool developed the tape recorder.

Koninklijke Philips NV or Phillips, based in Eindhoven-Netherlands, launched a compact audio cassette or cassette as a new audio storage medium. The following year it was introduced throughout Europe and America.
In the late 1970s, Sony of Japan developed a portable audio cassette player called the Walkman. The presence of the Walkman changes people's habits of listening to music, which can be listened to anytime and anywhere.

April 1982, Lou Ottens, director of audio engineering at Phillips, introduced the compact disc or CD. Phillips and Sony have an argument over CD size. Finally it was agreed that the CD, 115 millimeters in diameter and having a storage capacity of 74 minutes of audio, was taken to be able to load the Beethoven 9th Symphony. To top it off, they launched a CD player, Sony with Goronta and Phillips with Magnavox. The working principle of this CD player is the optical part as the main means of reading CDs. Sony, around 1984, also launched a portable type of CD player, called the D-50 aka discman.

October 2001, Apple company launched a mini portable music player called iPod. According to Steve Jobs, conventional music players with large sizes are not the time. The iPod was created to address the need for large audio storage. iPod capacity was made in sizes ranging from 2 to 160 gigabytes.
The type of audio played on the iPod is mp3, which was developed by Karlheinz Brandenburg, an audio expert from the Fraunhofer Institute-Germany. He experimented with making mp3s on the song "Tom's Diner" by Suzanne Vega. The emergence of mp3 allows us to transfer and play music on a variety of devices, from cell phones to computers.