The Origin of Stationery 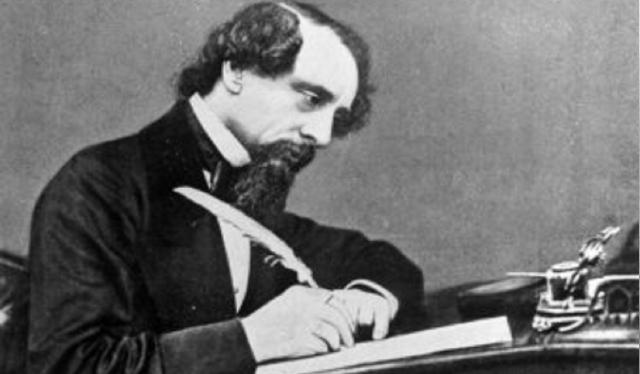 In 5000 BC, humans began to reognize the letters in the writing system. Since then, various written media have been used to express thoughts. On various furniture, clay, stone, pyramids, shells, and metal, ancient humans thousands of years ago poured all their ideas and stories using writing tools.
By 4000 BC, writing instruments were originally simple utensils that were pointed at the ends. Made of stone, wood, or animal bones. Today's technology spoils humans with computers or tablets that can help the writing process. This is the development of the tools used by humans to write word for word, from time to time.

The first human scratches in prehistoric times were on the walls of caves, where they lived. The origin of these scratches is estimated since the end of the Pleistocene. The tool for scratching the walls of the cave is a pointed stone (gurdi). This drill is in the form of crushed stone chips, which can usually also be used to make holes in animal skins.

In 3000 BC the Egyptians used thick reeds or small bamboo as pens. The reed is tapered at the end so that it can be used to scratch the clay slab. With this reed pen, the Egyptians developed the Hieroglyphic script. This reed pen was also used by the ancient Arabs to write parchment.

Tools such as brushes began to be used as writing tools since 3000 BC. The people of the Ancient Egyptian civilization used it to write on papyrus. The brush is made of strands of hair, tied together, accompanied by a stalk. While the ink is made from a mixture of pine charcoal, lamp oil, and gelatin from animal skins.
Since the 1200s BC, Asia, especially China, has been familiar with the brush stroke technique in writing. In various civilizations of the world, brushwork in writing has also become a beautiful art.

Egyptians were also recorded using reed pens to write on papyrus leaves. Not just any reeds. The small and strong reed stems are actually an option. The reed stalks are then stored under a pile of manure until it turns black and yellow and becomes hard with a smooth surface.

Quill or writing tools made of feathers, generally goose feathers or chicken feathers, have been known since the time of Ancient Egypt. A royal scribe in Egypt around 3000 BC used a feather that was chewed at the end to form a filament as an ink retainer.
In Europe, the quill used since the 6th century first appeared in Seville, Spain. With the quill, Europeans then changed the writing style to be smaller. Although not practical because it must be dipped many times into the ink. This writing instrument was still used until the 19th century.

It was the Romans who first used the stylus, a metal writing device, in 1300 BC. The stylus is used as a writing instrument on a wooden tablet which is coated with a thin wax. The stylus does not use ink because the sharp tip of the stylus is able to form writing on the wax. The top end of the stylus is usually wider because it is used to rub the wax that is used to erase the writing. Similar to the traditional stylus, the latest technology uses it as an assistive device on touch screen devices.

In 1564 an unknown person discovered shiny black fragments around the roots of a fallen tree in Borrowdale, England. This black piece, which became known as graphite, caused an uproar because it turned out to be used for writing and drawing. At first, graphite was only attached to a piece of wood the size of a writing instrument.
In 1795, a French chemist, Nicholas Conte, patented his invention for the manufacture of pencils. He mixed graphite and clay and then burned it before slipping it between the slits of wood. After that, various innovations emerged, from setting the thickness of the writing to colored pencils.
Although wooden pencils still survive today, other forms of pencil have been found, namely mechanical pencil patent owners are Sampson Mordan and John Isaac Hawkins. Because these pencils are always sharp without having to be sharpened, many people generally switch to using mechanical pencils.

At first the modern pen was a kind of quill whose tip was replaced by a sharp metal. The tip of the pen must still be dipped in ink before writing. Then found a pen in 1702 which is capable of storing ink and can be refilled but the design is not practical.
Lewis Waterman, an insurance broker, in 1884, invented a pen with a nozzle that allowed air and ink to move simultaneously. Then, a few years later, the concept of a ballpoint pen was discovered which was able to create a pen with ink that only came out when pressed to write. In the 1940s Lazlo and Biro perfected the ballpoint principle. In the 1980s, roller ball pens were invented which use more liquid ink than ordinary ballpoint pens, requiring the use of a cap on the pen.

Markers are known as writing tools with various applications. Markers are used, for example, to write on a whiteboard or writing that generally requires a variety of colors. While children often use markers as a coloring tool. A marker with a thicker tip is often used as a marker. It was Lee Newman who first patented a marker in 1910. This writing instrument has an ink absorption and a fiber pen tip.

People in their 70s may not be surprised by the existence of tablet PCs. Because, in their childhood memories at school, there are writing instruments that resemble tablet PCs, namely slates and grips. The slate is the medium for writing, while the grip is the writing instrument. This is the origin of the word doosgrip, pencil case.
The advantage of using slate and grip is the user's memory ability. How not, after the slate is full of writing, it must be deleted. What's more interesting is the way to prove a student gets grades. After the test results in the slate are graded by the teacher, usually with chalk, the score is then affixed to the right or left cheek. The former value stuck to the cheek was then shown to parents at home. Lucky if the value is good, but if it's bad?