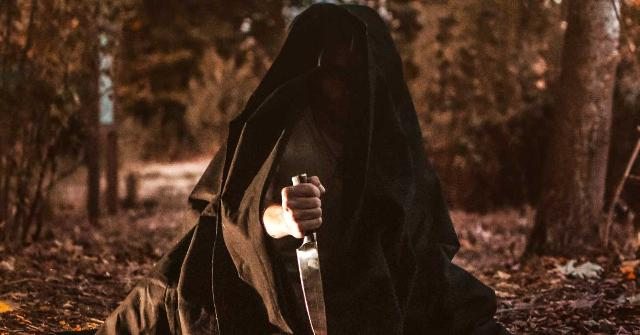 Knife is man's true friend. Since prehistoric times until now, it has become an inseparable part of human life. He helped humans to provide food and shelter, even to avoid wild animals - and then to fight. It also developed along with human civilization.

In the Stone Age (Paleolithic) 40,000 BC, early humans used flattened and sharpened bone or stone to graze game, slice meat, and chop tubers. In the late Stone Age, flintstone was traded. One area that produces fine quality sharp stones is Grand Presiggny in France.

Entering the Ice Age, around 10,000 BC, humans needed tools that could cut hard objects like bones. They then later found a serrated stone knife. With this tool, humans who are facing a food crisis can remove bits of food that can be obtained from human bones.

In the Metal Age, humans began to make and use metal tools, including knives. Humans are familiar with the technique of smelting metal and molding it into the tools they want. In accordance with the periodization of this era, metal knives also developed, from using copper, bronze, to iron materials.

A bamboo knife, or in Java known as welat, is a thin piece of bamboo that is made sharp. In the past, this welat was used for circumcision or cutting the baby's belly button. Welat is made for single use. According to Harry Oxorn and William R. Forte in Obstetrics: Pathology and Physiology of Childbirth, bamboo knives are free of tetanus germ and contain enzymes that are useful in slowing infection. It is not clear when welat began to be used. But it is believed that it is a traditional tool that has been known for a long time.

The ancient Greeks and Romans are credited with inventing the penknife, as well as knives with ivory blades. Ivory knives are preferred for cutting fruit because they do not transfer the metallic taste to food. The handle of the knife is beautifully decorated, and many people take pride in owning a fashionable knife, as well as one with a sharper blade than the other.

The Celts in Central Europe were skilled at metalworking. With that skill they were able to defeat the Romans in 390 BC. The Kelt knife was purposely designed for the battlefield. Some Celtic knives have a unique decoration on the handle.

This knife is legendary for its sharpness. In the story of the Crusades, he was able to penetrate the armor of Western knights. The key lies in the use of the material: a mixture of carbon and iron - known as wootz cake - which was imported from India, where the smelting of the material has been carried out since 200 BC.

The folding knife was never really used as a weapon. But he is popular as a supporting equipment on a trip. Of these types, the Barlow folding knife is the most popular. Furnace Luke of Stannington, England, in 1760 specially designed this folding knife to be marketed to the United States. The use of folding knives is more secure with the discovery of a locking mechanism. After the discovery of stainless steel by Henry Brearley in 1921, the development of knives is increasingly varied.

In 1940, Eric Anthony Sykes and William Ewart Fairbairns made a special knife for British Commandos. This knife was first used in World War II. The awl's distinctive design, double-edged, can be used for stabbing or cutting.

There are two regions that have long been recognized as the world's largest knife producers: Solingen in Germany and Seki in Japan. In Germany, Henckels (founded 1731) pioneered the manufacture of kitchen knives, which traditionally used mild steel. While in Japan, known for its samurai sword tradition and knife-making techniques dating back to the Muromachi era in the 14th century, the Seki brand is a guarantee of the highest quality.
Throughout history, kitchen knives have evolved rapidly and have taken on many different forms and uses, mainly due to French influence. In terms of materials, after the 1910s, the use of stainless steel dominated. The discovery of materials such as titanium, carbon fiber, polyethylene, and synthetic fibers contributed to the manufacture of knives. The latest material is a high-tech ceramic knife called zirconia. This ceramic knife has several advantages such as being harder, lighter, more rigid, resistant to heat, and more corrosion resistant than stainless steel knives.

Currently the use of knives is not only to kill or hurt opponents, but also touches the sports field, namely throwing knives. James Bowie, an American soldier, who popularized it in the Texas Revolution or the Texas war of independence in 1835-1836. This knife throwing action was very popular among the Confederate soldiers at that time.
In its development, knife throwing has shifted into a knd of sportand has its own rules. This knife throwing sport is internationally under the International Knife Throwers Hall of Fame (IKTHOF) based in Austin-Texas.