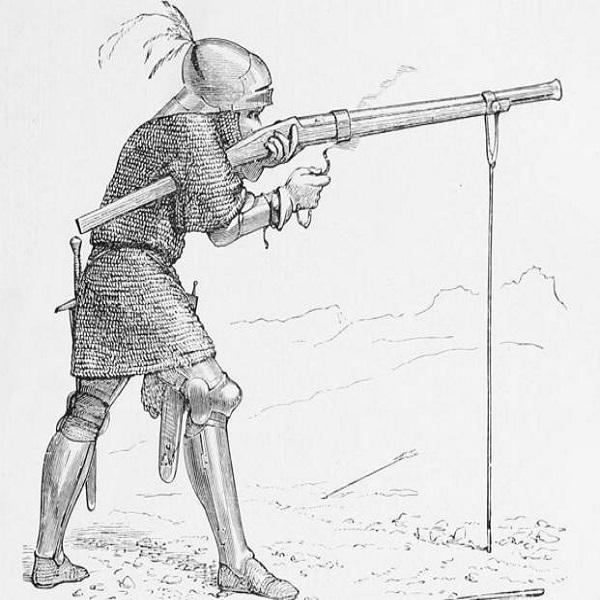 Since prehistoric times, humans have thought about weapons capable of killing targets from a distance. After arrows were judged to be out of date, rifles began to be developed. The invention of gunpowder and projectiles led to changes in rifles from time to time.

The ax rifle or commonly called the arquebus was first used in Spain. Replenishment, which is quite time-consuming, is carried out from the muzzle of the rifle. The trigger is a string of fire-wicks attached to a metal "S" shape, which when moved will touch the gunpowder and launch a bullet.
Arquebus is not suitable in wet weather. Poor accuracy. Its range of fire is less than 200 meters. However, in the Cerignola war around the 1500s, Spanish troops carrying 1,000 arquebus gunners were able to push back the French troops.

Lontak rifles or commonly called muskets use flint, a material containing iron and sulfur, as a substitute for fire-wicks. When the trigger is pressed, it will move the gears under the gunpowder, then eject the bullet out through the barrel. Compared to the arquebus, the musket is more accurate, has a longer range, and has better bullet penetration.
Until the mid-16th century, Spanish infantry became increasingly powerful with the use of muskets. However, musket users are still protected by a line of spear carriers called pikemen when they are reloading.

The British mass-produced a rifle called the Brown Bess. This rifle uses a flintlock mechanism, which is the use of flint to ignite a spark in the gunpowder cup. Filling ammunition is still through the end of the barrel, assisted by a kind of iron called a ramrod. Its firing range is 180 meters.
In the same period, in Japan developed a long-barreled rifle called the teppo. Teppo, undr Portuguese influence, still uses the matchlock mechanism, which is a pecking motion from an "S"-shaped stalk to a cup filled with gunpowder.

Rifles at this time had abandoned the flintclock mechanism, being replaced by the cap lock which was developed and patented by Alexander John Forsyht on April 11, 1807.
In the American civil war, 1861-1865, Union troops purchased 80,000 Christian Sharps carbine rifles for their cavalry. This rifle became the mainstay of the cavalry because loading ammunition through the rear of the barrel (breech lader) made it easier. The trigger is in the shape of a hat. To ignite gunpowder, an explosive mercury fulminate is used instead of flint.

The revolver mechanism, as a substitute for the cap lock, in the manufacture of pistols influenced the development of rifles. The rifle could perform a series of shots, which was the result of Rudolf Schmidt's trials in 1889. Schmidt adopted the cock model on the rifles developed by Von Dreyse (1838) and Peter Paul Mauser (1872) and added a cartridge case that could hold 12 rounds at once.

In the two World Wars, the long-barreled rifle found its perfection: the Soviet Union developed the Tokarev SVT-40 while the Americans developed the M1 Carbine. The American made had a bullet box with more capacity but the Soviet made was lighter to carry.
The most phenomenal is the AK-47 designed by Mikhail Kalashnikov, commander of the Soviet Union's tank forces. Its use spreads in various countries. The AK-47 has great firepower, plus a large bullet caliber, 7.62 millimeters. The AK-47 can fire 600 rounds per minute at an attack speed of 700 m/s. However, this great power results in poor accuracy because the backlash when shooting is also large.

Israel produced the Galil assault rifle in 1974 by adopting the principles of the AK-47 and closely resembling the Finnish Valmet M 62 model made in Finland. America has the M16, which was designed by Eguene Stoner and was first tested in a Vietnamese field in 1975.
Most recently, the UK produced the SA80 in 1985. The SA80 uses 5.56x45mm NATO caliber bullets, with a magazine capacity of 30 rounds, and the rifle weighs less than 5 kilograms. The SA80 is also equipped with the SUSAT (Sight Unit Small Arms Trilux) telescope, which makes the weapon more accurate. The SA80 became the main hold for British troops in the fields of Northern Ireland, the Gulf War, Kosovo, and Iraq.