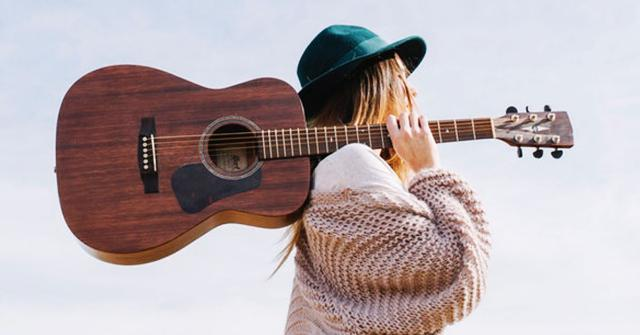 Al Farabi (872-950 AD), author of the book Khitab Al-Musiqi al Khabir, wrote that the tanbur was found in the ancient Persian peninsula, in the Akkadian era, around 3000 BC. This instrument became popular in the plains of Mesopotamia. The 'neck' of the tanbur, where the strings stretch, is mostly about 70 cm long. While the 'body' tanbur, resembling a pear. Har-Mose, a musician from the ancient Egyptian era, is buried with his tanbur, the tomb of Queen Hatshepsut.

This ancient Greek stringed instrument is closely associated with ceremonies honoring the god Apollo. Kithara players are called kitharistu, usually to accompany a song. In ancient Greece, around 800-479 BC, the performance of kithara in a festival was most awaited. The kithara is composed of a wooden resonator box called the echeion, two arms that hold the strings called pecheis, and a tuning rod that is mounted transversely, joining the two arms called kollopes. Kitharas usually have seven strings, which are played by strumming.

The Moors, Muslims who inhabited the Iberian peninsula, brought the tanbur musical instrument to Spain, around the 12th century. Here, the tanbur underwent a change in its proportions, approaching the guitar that exists today. The Spanish added frets, flattened the 'body', and shortened the 'neck'.

In the mid 15th to 16th centuries, this tool was widely used in Spain and Portugal. The vihuella has six strings, made of braided lamb intestines, which are double attached. The vihuella body resembles a modern guitar, in the form of a figure eight and has a flat back body. Luis de Milan, a Spanish musician, composed a vihuella musical composition entitled Libro de musica de vihuela de mano Intitulado El maestro dedicated to King John III of Portugal.

Entering the 19th century, the classical guitar began to develop. The instrument uses six single strings and tuning to EADGBE notes. To adjust the tone of the strings, already use a serrated setting that replaces the peg model. Antonio Torres (1817-1892) made changes to the guitar body to be wider. The guitar that was developing in Europe, spread to the American peninsula. Christian F. Martin, an immigrant from Europe, developed steel strings for acoustic guitars. In the early 20th century, blues musicians such as Robert Johnson and Huddie Ledbetter emerged.

Steel strings turned out to give a weakness to the guitar, namely the strong string tension can damage the body to the neck of the guitar. The strength of steel strings made of gut or nylon fiber. Around the early 1900s, CF Martin later developed an X-shaped holder in the guitar's resonance tube.

In 1948, Clarence Leonidas Fender (1909-1991) launched the electric guitar, called the Broadcaster. The name was changed to Telecaster in 1951. Leo Fender made his electric guitar easy to use, easy to set up, minimal feed back from the strings by giving a special amplifier.