Get More Trendy with Hats 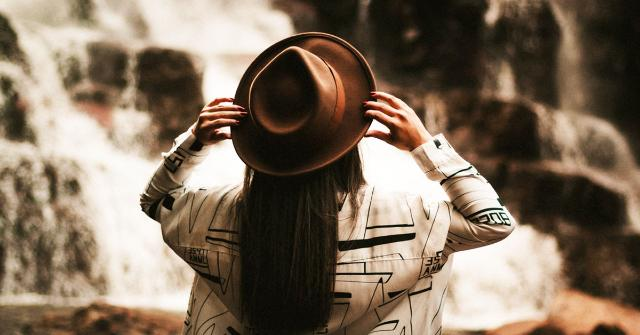 Head is a part of the body that needs to be protected from hot and cold weather. So, humans tried to invent head protection: hats. Over time, the function of the hat is not just a protector but also becomes part of the aesthetic or beautify oneself.
The oldest information about humans wearing hats is painted in an ancient tomb in Thebe, Ancient Egypt, which is estimated to be 3200 years old. The painting depicts a person wearing a straw-like hat usually worn by coolies.

Developed around 750 BC, travelers from ancient Greece used to wear this hat. The top of the hat is made according to the size of the head, the edges are made wide, and also equipped with a strap that is tied between the chin and neck. A fresco in the Temple of the Parthenon, painted by Phidias around 450 BC, depicts a figure wearing a petasos.

The expansion of Alexander III, ruler of Macedonia, to the Hindustan region around 300 AD left an influence in the form of wearing hats made of animal hair. Shaped like pancake food. Until now, Caucasians are still the mainstay of head protectors by tribes in Afghanistan.

Worn most of the freed slaves in the city of ancient Rome. It is shaped like a funnel, and is usually made of fleeceor animal skin. The Roman soldiers also wore this hat as a head covering before wearing a war helmet. Pilaeus was adopted from the hat of the Greek sailors. Odysseus, an ancient Greek legend, in a coin from the 3rd century AD is depicted wearing a pilaeus.

It is one of the identities of the Jewish nation. The shape is a circle, about 15 centimeters in diameter. Maimonides (1135-1204), a Cordoba-Spanish-born Jewish philosopher, once advised every Jewish man to wear the kippah when playing or reading the Torah.

Around the 13th century AD, especially in France, cloth hats appeared. It is often used by professional chefs, and is generally white in color. Marie Antoine Careme (1784-1833) popularized its use in modern French cooking. In its development, toque became the international standard for chef hats.

Brought the Spaniards to Mexico around 1500 AD, this very wide hat at the edges later became a Mexican characteristic. This hat is designed for horse riders who travel a lot. This woven hat is equipped with a strap that is tied at the chin to hold the hat so it doesn't come off when riding a horse, which is called a barboquejo.

In the 17th century AD, Spanish troops came to Flanders (now the Netherlands). There they were faced with the rainy season. They get around this by changing the shape of the hat, the wide edge is then folded in three parts to form three corners. As a result of the Spanish war against France in 1667, this hat style spread to France and spread to Europe. The hat material is usually beaver skin.

In the late 1700s, the popularity of the tricorne was replaced by a top hat that towered like a chimney. This hat became known when Charles Vernet, a French painter, painted a young man wearing a top hat. Its popularity spread after a hat seller, George Dunnage, began displaying it in his shop around 1793. Started by dandy men from London to love it.

Rangers in Holkham, Norfolk, England need hats that are strong and durable. Then Edward Coke, nephew of the Earl of Leicester, around August 1849 ordered a hat from James Lock. Lock agreed to it and designed a head-fitting hat, low hat top, and small brim. It was originally called the Coke hat, but changed to the Bowler because it was made by the Bowler brothers.

The horseman of the plains of America, who also herded cattle, needed protective headgear from the heat. It must be durable and light. Adopting the sombrero from Mexico, with a change in the brim of the hat that is slightly narrow and slightly folded outward, this creates the cowherd's trademark hat. Around 1865, John Batterson Stetson beame a famous hat maker of this type. The material used is usually leather.

Around 1880, the fedora became a trend in America and Europe. The shape is flexible, usually there is an additional ribbon around the crown. These hats grew in popularity along with the emergence of theater in American and European cities. Two years later came the title of the tragedy drama entitled Fedora by Victorien Sardou, with the main character of a Russian princess named Fedora Romanoff. This drama was screened first in Paris and then England and became famous in the United States.

This hat was favored by manual workers, especially men, in urban America and industrialized European countries around 1910-1920. This hat is also favored by gangsters, street criminals, and even some high society like golfers. The material used is often thick cloth or wool.

The truck drivers in America around 1970 liked to wear a hat that looks like a goose's beak. The front, which is attached to the forehead, usually has a layer of foam in it. In its development, this hat was worn by sportsmen, skateboarders, to punk genre musicians.