Enjoying the History of Pies 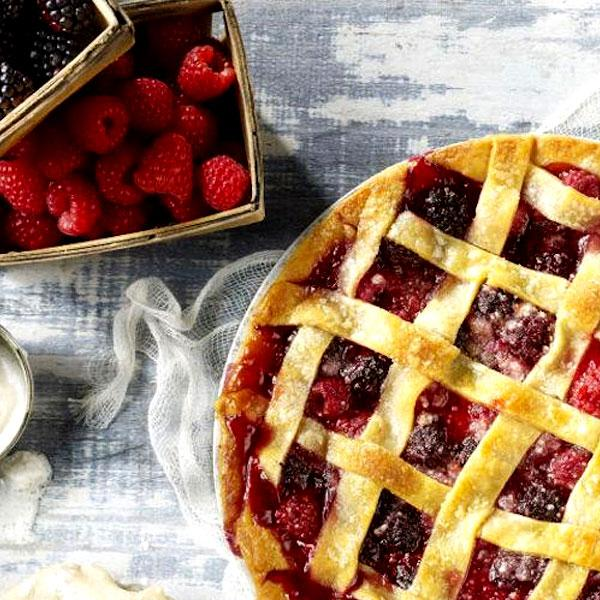 Pai, or pie in English, is a term for cakes with pastry dough filled with filling. Pies can be served in the form of a closed or open filling, small, large, savory, or sweet. The first pies were made simply and generally with a savory taste consisting of cheese and meat.
The Oxford English Dictionary traces the first use of the word "pie" to be correlated with food in 1303. It is recorded that the word became famous and increasingly popular in 1362. But behind that, it seems that the tradition of making similar snacks has been popular since a much older time.

The beginning of the pie served as a dessert menu dates back to the Neolithic period which began in 9500 BC. Pies today are known as galettes. It contains different grains with honey. Galettes are made by roasting over hot coals.

Pastry is made by bakers by adding fruit, nuts, and honey in the bread dough. This pie was served to Ramses II (1304-1237 BC), king of Ancient Egypt. Evidence of this practice adorns the walls of the king's dining room. On the walls of the tomb of Ramses III who ruled in 1186-1155 BC also found paintings of pies with spiral shapes.

After defeating the Greeks, the Romans adopted their culinary traditions. Including galettes. Greek-style galettes are made of meat wrapped in a mixture of flour and water. The wrapper of this flour serves to keep the fat, which usually drips from the meat when it is roasted, from being lost. The Romans were more varied in their use of meat and different types of desserts. That includes a dish called secunda mensa, which is a sweet pastry made up of fruit.

The custom of making pies spread throughout Europe. Partridge pie or pie with partridge meat is known to be one of the foods served during the celebration of the coronation of the King of England, Henry VI in 1429.

Pilgrim women (travelers) brought their family's favorite pie recipe to America in 1620 for dessert. They use traditional cake fillings and incorporate fruits, such as berries, into them. This recipe was later adapted in the New World era.

A favorite pie recipe of George Washington, the first president of the United States, was pie of sweetbreads. This recipe is taken from Martha's Historic Cookbook, a Possession of the Pennysylvania Historical Society. Martha Washington, the president's wife, is known to be a good cook. The ingredients for this pie include eggs, cream, flour, margarine, sweetbreads, and shellfish.

In 1880, the writer Samuel Clemens, known as Mark Twain, included pies as one of his favorite foods in his book A Tramp Abroad. Her housekeeper and friend, Katy Leary, bakes huckleberry pie for her master's lunch. This is contained in the book The American Heritage Cookbook.

By 1947, 65 different sweet pie recipes were listed in the Modern Encyclopedia of Cooking.

Today's pies are diverse. It's not just a matter of size and shape, but also variations in content. The filling of the pie is adapted to the peculiarities of a particular region. In India, it is common to find pies with curry-spiced fillings. In Indonesia, pies are better known as pastels, filled with fruit, vegetables, or minced meat. However, until now, in America in particular, the word "pie" is synonymous with a dessert that is often served with various toppings, such as whipped cream or ice cream.