History of the Industrial Revolution and its development 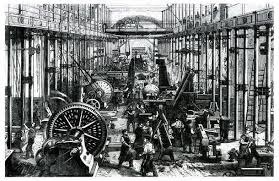 Revolution was a phenomenon that occured between 1750 - 1850 in which there were massive changes in agriculture, manufacturing, mining, transportation, and technology and had a profound impact on social, economic and cultural conditions in the world. The Industrial Revolution started in Great Britain and then spread throughout the world.
Starting from the invention of the steam engine, this simple machine was then applied to various machines that could increase the production of goods in Europe. Developments that are no less rapid are the European transportation, communications and financial sectors. The Industrial Revolution began at the end of the 18th century, where there was a shift in the use of labor in England which previously used animal and human power, which was then replaced by the use of machines based on manufacturing. The early period began with the mechanization of the textile industry, the development of iron-making techniques and the increased use of coal. Trade expansion was also developed with the construction of roads or the repair of roads and railroads.

Many factors were behind the Industrial Revolution such as the scientific revolution (technological developments) in the 16th century with the emergence of scientists such as Francis Bacon, Rene Descartes, Galileo Galilei as well as the development of research and research with the establisment of research institutions such as The Royal Society of England, and The French Academy of Science. There are also internal factors such as domestic political resilience, the development of entrepreneurial activities, the vast British colony and rich natural resources.
Besides that, there are key factors behind the Industrial revolution in Great Britain. The key factors behind the Industrial Revolution are as follows:

The existence of the Great Revolution in 1688 which required the king to swear allegiance to the Bill of Rights so that the king obeyed the law and only collected taxes based on parliamentary approval.

2. England is rich in minerals

Great Britain is abundant in minerals such as coal, iron ore, tin, and kaolin. In addition, wool is also very supportive of the textile industry.

3. There are new discoveries in the field of technology

There are many new discoveries that can simplify the way of working and increase production output, for example spinning tools, weaving machines, steam engines, and so on.

Prosperity in Great Britain is the result of the advancement of shipping and trade so that it can provide large capital for business. In addition, in England there are also sufficient raw materials because England has many colonies that produce these raw materials.

5. The government provides protection for patents

Protection of patent rights by the British government encourages more scientific research activities to be developed. Moreover, after the establishment of the scientific institution of the Royal Society for Improving Natural Knowledge, the development of technology and industry has advanced.

The echo of many new discoveries resulted in the flow of urbanization in England rising sharply. Until the large urban flow due to the Agrarian Revolution in the countryside prompted the British government to open up more industries to accommodate them.
Other factors that contributed to the Industrial Revolution included:

Development of the Industrial Revolution

The revolution which is a radical change that changes the social order of life of the people and the state which has a broad impact, both in the economic, socio-cultural, and political fields. The industrial revolution that took place for the first time in England. The beginning of the Industrial Revolution is less clear but TS Ashton wrote it circa 1760 - 1830 and there is no breaking point with the Industrial Revolution II around 1850, when technological and economic progress gained momentum with the development of steam-powered ships, and rails.
The industrial revolution marked a major turning point in world history, almost every aspect of daily life was affected by the Industrial Revolution, especially in terms of the continuous and unprecedented increase in population growth and average per capita income of the world's countries increased more than sixfold.
Then at the end of the century the development of the internal combustion engine and the development of electric power generation. To a manufacturing based economy led to massive population movements from rural to urban areas, and ultimately led to an increase in the population of Britain's major cities. In the late Middle Ages, European cities developed as centers of crafts and trade. The townspeople (the bourgeoisie) who are free-spirited citizens are the backbone of the city's economy. They compete freely for progress in the economy. 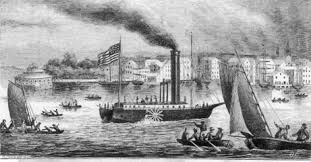 The growth of the craft sector into an industry goes through several stages as follows:

This stage can be referred to as the home industry stage. The workers work in their homes with their own tools. In fact, crafts are obtained from entrepreneurs who, after completion, are deposited with them. Wages are earned based on the number of items worked. With this way of working, the employer who has a business only pays for labor on the basis of achievement or results. Employers are not bothered about workplaces and salaries.
After the craft industry grew, a special place was needed to work so that the employer could properly monitor the way it was done and the quality of its production. A manufacture (factory) with dozens of workers is established and is usually located in the back of the employer's house. The middle part of the house is for living and the front is a shop to sell their products. The relationship between the employer and the worker (labor) is closer because the workplace is one and the number of workers is still small. Items made are sometimes still made to order.
The factory system stage is already an industry that uses machines. The place is in a predetermined industrial area, it can be inside or outside the city. The place is for work, while the employer lives elsewhere. Likewise, shops where marketing of industrial products is held elsewhere. The number of workers (labor) is in the tens, even hundreds. Their products are made to be marketed. The industrial revolution turned England into a developed and modern industrial nation. In England, industrial centers emerged, such as Lancashire, Manchester, Liverpool and Birmingham. Like other revolutions, the industrial revolution also brought wider effects in the economic, social and political fields, both in England itself and in other countries.

Impact of the Industrial Revolution in various fields

The explanation of the impact of the Industrial Revolution in various fields is as follows:

Impact on the economy of abundant goods and low prices

The industrial revolution has led to an increase in industrial and factory businesses on a large scale through the mechanization process. Thus, in a short time can produce abundant goods. The production of goods is doubled so that it can meet the needs of the wider community. As a result of making goods quickly, easily, and in large quantities so that prices become cheaper. 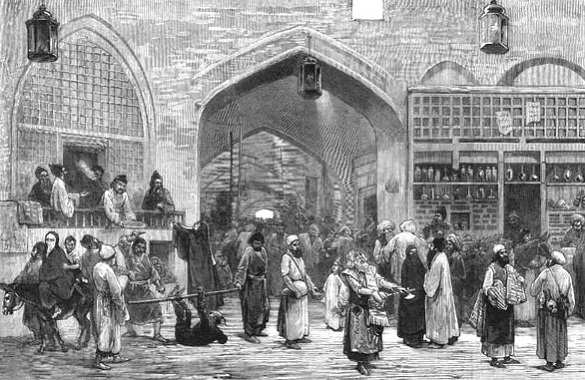 Transportation is getting smoother

There are discoveries in various transportation facilities and insfrastructure that are increasingly perfect and smooth. Thus, the dynamics of community life is increasing. Like simple cars and trains.

The development of industrialization has given rise to new cities and bustling centers. Because the city with its industrial activities promises a better life, many rural farmers go to the city to find work. This resulted in a decline in the agricultural sector at that time.

As a result of increasing flow of urbanization to industrial cities, the number of workers is increasingly abundant. Meanwhile, many factories use engine power. Thus, the wages of labor become cheap. In addition, social security was reduced so that their lives became difficult.

The emergence of groups of entrepreneurs and groups of workers

In industrialization activities, it is known that there are groups of workers (slaves) and groups of entrepreneurs (employers) who own industries or factories. Thus, in society a new group arises, namely the businessman (capitalist) who live in luxury and the workers who live in poverty.

There is a gap between employers and workers

With the emergence of a class of entrepreneurs who live in luxury on the one hand, while there is a class of workers who live in misery on the other, this creates a gap between entrepreneurs and workers. Such conditions often lead to tensions followed by strikes to demand an improvement in their fortunes. This creates hatred for the capitalist economic system, so that the workers are inclined to socialist understanding.

The emergence of a social revolution

In the 1820s there was a riot caused by the poor city dwellers with the support of the workers. This social movement demands an improvement in the fate of the people and workers.
As a result, the government issued a law that guaranteed the betterment of the fate of the workers and the poor. These laws, among others, are as follows:

Impact in the political fields

The emergence of the socialist movement

The workers who were treated unfairly by the businessmen began to move to build forces to improve their fate. They then formed an organization commonly called the socialist movement. The socialist movement was motivated by the thoughts of Thomas Marus who wrote the book Otopia. The most popular figure in socialist thought and movement is Karl Marx with his book Das Kapital.

The emergence of political parties

In an effort to fight for their fate, the workers continue to unite. Moreover, the stronger position of the workers in parliament has encouraged the formation of a forum for political struggle, namely the Labor Party. This party is socialist. On the part of the businessmen into the Liberal Party.

The emergence of modern imperialism

Entrepreneurs generally have a strong influence in the government to carry out imperialism for the sake of continuing industrialization. Thus, modern imperialism was born, namely the expansion of regions as a place to market industrial products, to look for raw materials, to invest in surplus capital, and to obtain cheap labor. In this case, England is the pioneer.
Of course, every changes has its advantages and disadvantages. No exception for the Industrial Revolution and its development. It's just a matter of how we can take advantage of any existing changes. If this article on the History of the Industrial Revolution and its development is useful, please share it on the share button below, OK? thanks.